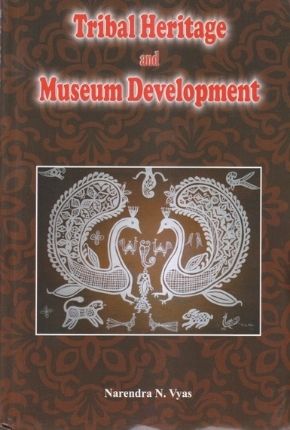 It was common place in anthropological literature until recently to identify the contributions that each social stock has made to the composite heritage of India in terms of local customs, beliefs and practices. One feature of the post independence tribals scenario in the emergence of the tribal people as distinct category of population. The development in recent years has been the tribals own attempts to define their identity. A vast body of literature has developed. The tribes has begun writing in their own language in many areas such as poetry, history as they perceive it, and political text articulturating their relationship with the larger society. One is struck by the magnitude of such sndogenous efforts to define and sustain tribal idebntity in various ways. One has only to visit the exhibitions organized by the tribal people themselves covering the entire tribal gamut, their life and culture in order to understand how they perceive their identity in its multiple forms and project it at various levels and how they are keen to preserve it. How to revitalize the best in disappearing culture which is under drastie transition? One of the ways of providing impetus to the attempt to retain what is good among to tribal and which speaks of their heritage is to strengthen what is disintegrating. This is best possible by creation of tribal museums, where their material and non-material life can be depicted. They should also be made to realize of importance of what is more valuable among them so that they can preserve the same.

Dr. Narendra N. Vyas a well known expert of Tribal Ethnography, is the former Director of M.L.V. Tribal Research Institute, Udaipur which he served for almost 3 decades. He has his teaching in Advanced Sociology under Prof. G.S. Ghurye from University of Bombay. Prior to it he had teaching of Post Graduate Sociology students for four years. Dr. Narendra N. Vyas is the founder editor of TRIBE,a quartely research journals of national repute and edited 33 volumes with special numbers. Also organized national conferences and workshops. He is one of the editors on the volumes of Rajasthan on the national Project People of India (1998) Anthropology Surgery of India, New Delhi He is also Associate Editor of Profile of Indian Tribes (Four Volumes) 1996. Dr. Narendra N. Vyas wrote authoritatively more than 36 books on tribal problems of Rajasthan and country as a whole and guided 136 research studies. He participated in International and National conferences and organized the same in institute. He served as member of various working - group of Planning Commission on Tribal Development and Research I.C.S.S.R. and Advisory Council of Anthropological Survey of India, Delhi

Tribal Rajasthan :Sunshine On The Aravali ₹395.00
We use cookies to ensure that we give you the best experience on our website. If you continue to use this site we will assume that you are happy with it.
Accept