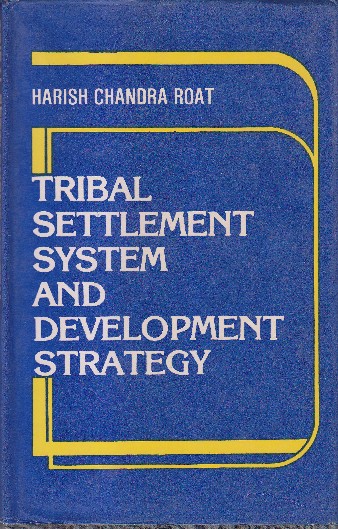 One very major characteristic of tribal society is its isolation. The tribals, popular called Adivasis, have been living in forest and hills. Their destniy is identified with the destiny of the rest of the masses of Indian society, for there cannot be two 'futures' for the people of the same country. There are integrated tribal development blocks int he country run through the tribal subplan areas (TSPA). In the development syndrome, the tribal settlement system assumes crucial importance. In the present research literature, through, there is enough material regarding village structure and functioning, much is wanting in terms of tribal settlement system and development perspectives. The present study provides a geographical profile of tribal settlements in the context of development programmes. The enquiry analyses tribal settlement systems of Dungerpur district of Rajasthan state by way of a cases study. It argues that village infrastructure is directly related to the settlement pattern. The non - slustered tribal settlement system are a serious handicap for integrated rural two theoretical issues on the strength of his empirical findings. He asks: "can we lead the tribals to the road of developement without changing the nature, "or shall we have to redefine the problems of tribal development in the light of the existing scattered habitation system?" The author strives to find a solution to the problem.

Tribal Social Change In India ₹200.00
We use cookies to ensure that we give you the best experience on our website. If you continue to use this site we will assume that you are happy with it.
Accept