Mewar And Udaipur :The Land Of Lakes, Forts And Chivalry

HomeText BooksHistoryMewar And Udaipur :The Land Of Lakes, Forts And Chivalry 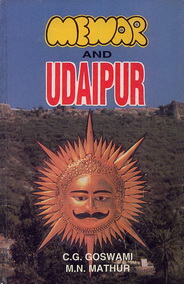 Mewar And Udaipur :The Land Of Lakes, Forts And Chivalry

Udaipur and Mewar are on the tourist map of India. Foreign tourist are attracted to the golden tringle linking Agra, Jaipur and Udaipur. Agra and Jaipur are historical places. They exhibit the synthesis of Mughal and Rajput architecture, Besides the art, architecture and architects, Udaipur and Mewar are famous in Inida for natural beauty. Udaipur also has its historical importance which is manifest in its palaces and forts. Besides foregin tourist, a large number of local tourist come from Gujarat and Madhya Pradesh to Mewar. These two states are in close proximity to udaipur. They lie within the radius of 250 km. Mewar has yet another charm for Gujarat tourist. A large section of Gujarati people profess the cult of Pusti marg. For them Nathdwara is the nearest pilgrime centre. Even the Gujaraties whose reside in U.S as immigrants first pay their visit to the sacred town of Nathwara before reaching their home in Gujarat. It is auspicious for the votaries of Pusti Marg to pay visit to Nathdwara during the festival of Diwali. And, then, Udaiour a wet area provides all opportunities of drinking liquor. Mewar has thus become a centre of tourism both for local and foreign tourists. The city has a rich tourist market. The market provides artifacts of antiquity for sale. Perhaps the tourist markets of Udaipur is unparallel in the whole of western Inida. The development of Udaipur and Mewar as a tourist centre is relatively new. In the past in absence of transport facilities the inflow of tourists to this place was very restricted. Only the followers of Vallabh Sampradya also known as Pusti Margi visited the place occasionally. But now with the rapid increase in road, rail and air transport a large number of tourists are visiting the place. We have now no death of literature on Mewar and Udaipur tourism. The Rajasthan Government Department of Tourism has development anough literature on Udaipur tourism along with a map. Despite the available lietrature on Mewar tourism, the present work has its own significance. We have argued that the tourist places, palacesm forts and lakes of Mewar should not be seen in isolation from the people who makes tourism meaningful. It is this idea which has inspired us to write about the history of the place, the ethnicity of the people - their language, caste, creed and the way of life. Such an account of the people has given meaning to numerous sight - seeing places of Mewar. Such an effort would provide insight to the whole phenomenon of tourism.

Be the first to review “Mewar And Udaipur :The Land Of Lakes, Forts And Chivalry” Cancel reply 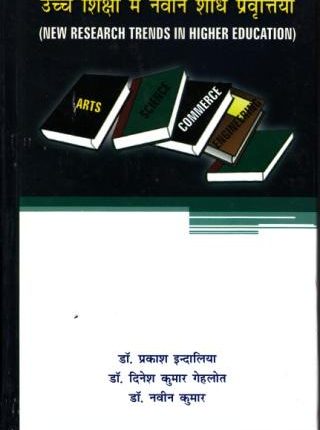 Microprocessor Fundamentals 8085 & Peripheral Devices ₹795.00
We use cookies to ensure that we give you the best experience on our website. If you continue to use this site we will assume that you are happy with it.
Accept