Organic farming is being talked at various forum as a new approach and panaces for conservation of soil health and natural resources. Huge organic wastes being produced at crop fields, cattle yards, poultry farms, fish hatcheries, muncipal waste and garbage need to be properly utilized to save our environment, This compendium oresents basic concepts about the characterstics and composition of organic waste and its potentials for crop production. The chemistry and biochemistry of organic waste, its decomposition and mineralisation and manifestations on soil physical, chemical and microbial make up are highly specialized fields of study. Specialists in each of these topics have been invited to contribute and thus a comprehensive account on the biochemistry of organic residues, as source of plant nutrients, humification process and influence on soil fauna have been thoroughly dealt with. Hope the compendium will be very useful for those involved in maintaining soil health, natural resource conservation and organic farming movement. The book will also be equally beneficial for teachers and students of agricultural and environment sciences.

BN Swami (b 1945) is widely known for this work on Soil Fertility, Soil Technology and Soil Chemistry. He has had a long of tenure of about fourty years as teachers, researcher & extension worker in Rajasthan and retired as Professor, Department of Agricultural Chemistry & Soil Science, Rajasthan College of Agriculture, Udaipur. Dr. Swami has guided a number of research students and his writing gad been published widely. During his long carrier he has occupied many important positions in field of soil Science, mainly First Vice Caireperson, Commission VI (Soil Technology), International Society of soil science, New Delhi, Indian Society of soil Survey & Land use Planning, Nagpur. Dr, Swami is considered as pioneer worker in Soil Potassium studies in Rajasthan, He is currently Project Dorector rsmml on Nagnasium and Director (IIMS), Jaipur. Dr, DC Joshi (b.1943) is a well - known Soil Scientist who served at Central Arid Zone Research Institute, Jodhpur in various capacities including Principal Scientist (Pedology) and Significantly contributed in the field of soil resources appraisal, soil degradation and desertification using Remote Sensing technology, He has also significantly contributed for characterization of arid zone soils for status, avaulability, adsorption and release of micro-nutrients and potassium. As Principal investigator of Indio Hungarian Project on "Mapping of salt affected soils and management of soils irrigated with saline/ high RSC (carbonate) waters" technology developed by him has been transferred on farmers fields through IVLP programme as Principal Production System Scientist (2000 - 2003) of arid Agro Ecosystem of National Agricultural Technology Project (NATP). Results of his research have been published in 102 research papers in the International/ National jiurnals, 36 book chapters, 20 popular articles, 40 technical reports and 3 bulletins. He has co-edited 8 book. he was editor of Annals of Arid Zone during 1988 1991 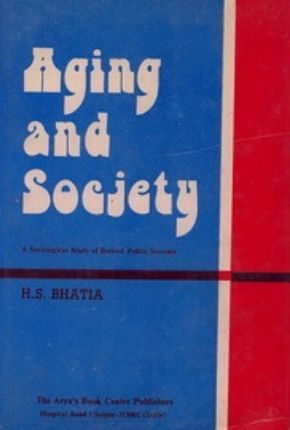 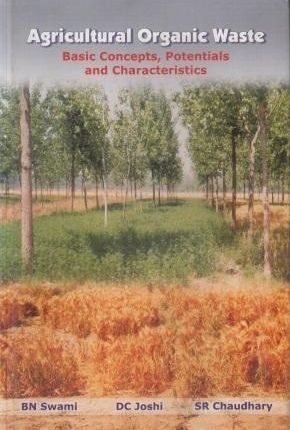 Agricultural Organic Waste Basic Concepts, Potentials And Characteristics ₹895.00
We use cookies to ensure that we give you the best experience on our website. If you continue to use this site we will assume that you are happy with it.
Accept