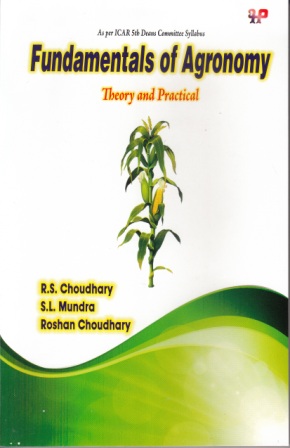 The book offers comprehensive and coherent information on fundamental aspects of agronomy comprising theory and practical on tillage, seeds & sowing, crop geometry, manures & fertilizers, soil - plant - water relationship plant ideotypes, cropping system, soil, crop and weed management. The book also contains subject related objective & subjective question for providing a ready material to prepare for any traditional or internal grading system examinations, competitions in the discipline of agronomy. Fill in the blank and multiple choice question embodied in the book will enable the readers to revise the knowledge quickly via-a-vis inculcate an understanding of the subject in dept. The book will be very useful for the students as well as teachers of agronomy discipline

Dr. R.S. Choudhary is an Assiatant Professor in the Department of Agronomy at Maharana Pratap University of Agriculture and Technology, Udaipur (Rajasthan). He is actively involved in teaching and research in fundamental agronomy. Crop production technology and organic agriculture. Dr. Chaoudhary did B.Sc. (Ag.) from Rajasthan Agriculture University, Bikaner in 1999 and M.Sc. and Ph.D. Agronomy, both from Indian Agricultural Research Institute, New Delhi in 2001 and 2005, respectively through JRF & SRF awards. Before becoming as Assistant Professor in the Department of Agronomy (2003), he has worked as Agronomist at The Fertilizer Association of India (2006 - 07) ans Assiatant Manager at National Fertilizers Limited (2007 - 2013), New Delhi. He has written mnay practical manuals as concerning aspects of agronomy, including two books on competitive examinations for agriculture graduates. He has published over 50 research and popular articles in national and international repute journals & magazines along with compendium, book chapter, bulletins & folders. Author has received Excellence in Teaching Award, glory of India Gold Medal Award and Rashtriya Gaurav Award in 2017. Dr. Choudhary has participated in many symposium/seminars/conferences/two or three week trainings.

Be the first to review “Fundamentals Of Agronomy: Theory & Practical” Cancel reply 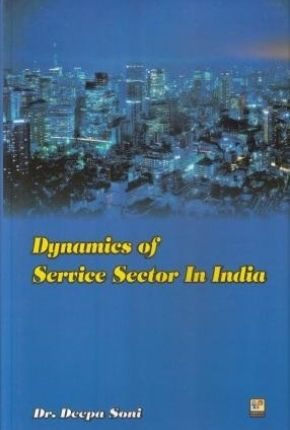 Understanding Women Through Consumer Behaviour ₹595.00
We use cookies to ensure that we give you the best experience on our website. If you continue to use this site we will assume that you are happy with it.
Accept